Today we have been making the most of the last day of the school holidays. The sun was shining so we drove down to The Apple Fun Park at Donnybrook. It is a bit of a drive but my boys love it. We can spend well over 4 hours there.

Now they have had an early night ready for school tomorrow and I am sat with a glass of wine and plans for an early night myself. Well sort of an early night, I have a new magazine to read so I plan to curl up in bed with this month's Donna Hay magazine.

But those magazines, I kept them for years. I was a serious horder. Then we emigrated and I baulked at the cost to ship over 250 magazines. So I parted company with them. I cut out my very favourite recipes and said goodbye. Every now and again I think "oh what about that fish recipe from the Sainsbury magazine" but I know that somewhere online there will be something very similar. And I console myself with the fact that I wouldn't have followed the recipe exactly anyway. 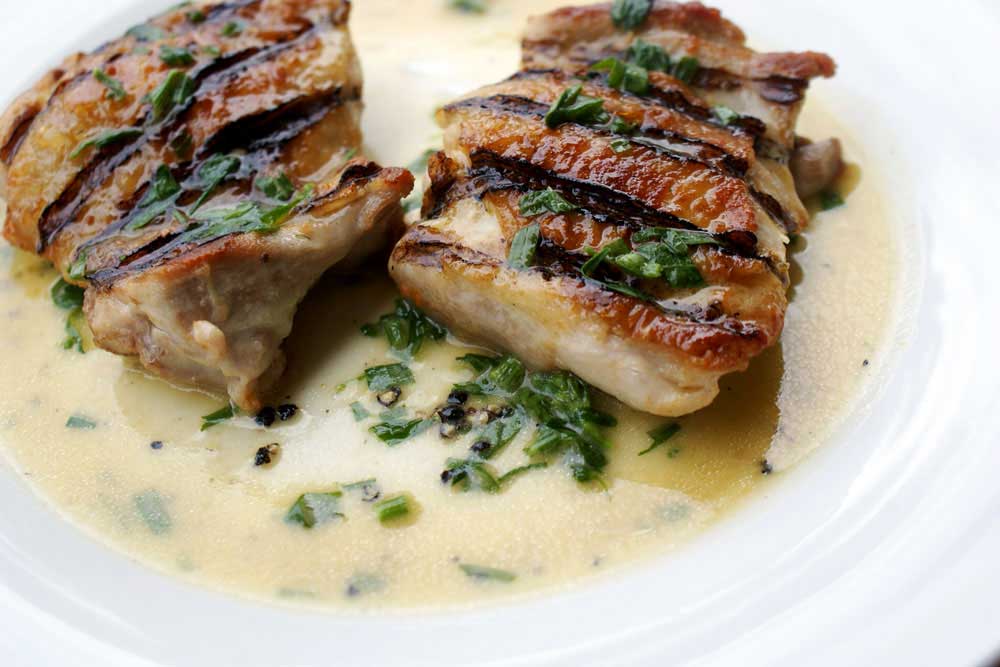 Have I mentioned my weird food memory? 😉 Maybe just once or twice eh? But it is the most particular thing. Ask me to do something and I will, 9 times out of 10, forget unless I write it on my 'To Do' list on the fridge, but I remember meals and food right back to goodness knows when. If asked I could still describe the table and food that my family and I ate for my 18th birthday, or what we all ate when I went out for dinner with 10 other friends back in 2009. I tell you if I could tap into that food memory and use it to remember other things, I would be like Sheldon in Big Bang Theory, only a little less awkward.

The recipe below is the mustard chicken recipe that I mentioned yesterday, it is also something I have been cooking since I first saw Nigel Slater cook a version of it on his tv show 'Nigel Slater's Real Food'. I love Nigel Slater and I love his honest approach to food.

I have played about with the recipe to suit my tastes but the essence and approach is his. It is a recipe that has lasted me over 15 years. I think that is a pretty fair trial of a recipe 😉 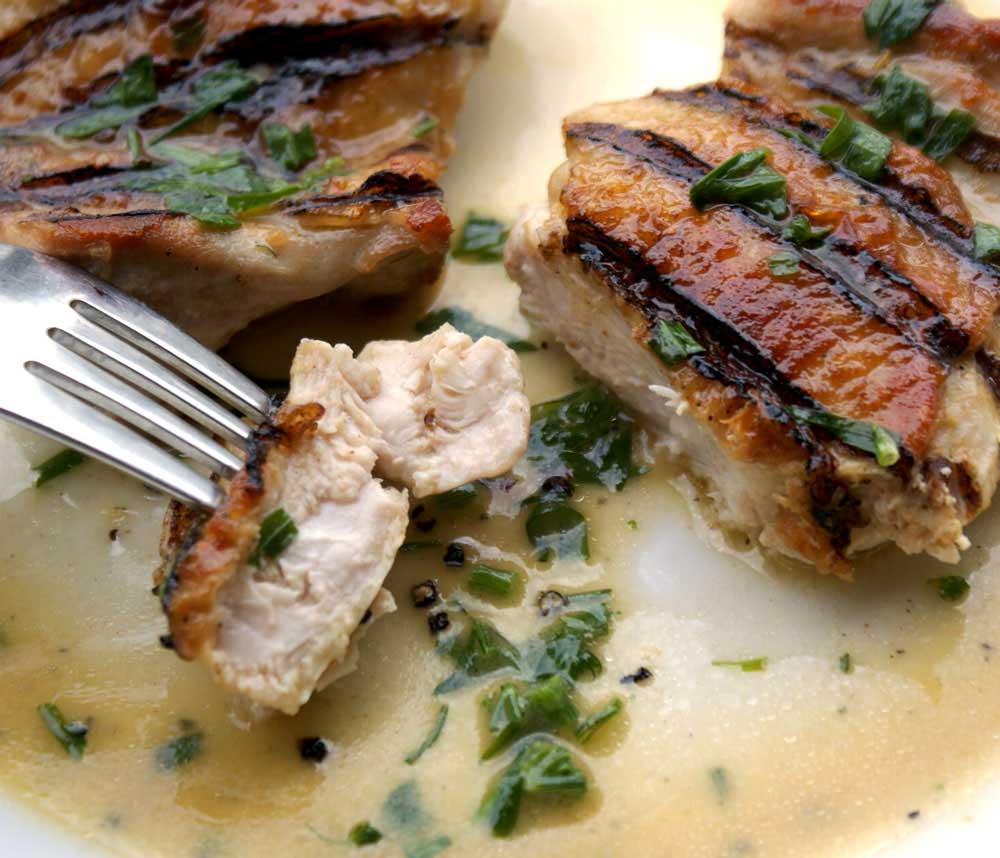 I generally use thigh fillets for this, but I was shopping mid school holiday and I didn't notice that the lady at the deli gave me chicken thigh cutlets. I love cutlets as the addition of the skin gives you a tasty, golden, crispy element. BUT....they are an extra faff, which usually mid week I am not able/prepared to do. Does anyone else have 'the menace hour'? Where even the most reasonably behaved children turns into monsters? Either way, cutlets take work and whilst the crispy skin might be delicious sometimes it isn't worth the effort. Especially given that my boys, pull it off and don't eat it anyway!

My boys don't like the extra lemon so I leave it off for them. We usually have this with a pasta based side dish. Either a cheesy spinach one or a simple dish of penne with garlic oil and spinach. Oddly I find when I make dishes that have plenty of herbs in they eat spinach without question. This is why my home made pesto is half basil and half spinach. What they don't know won't cause a mealtime revolt 😉

If you love this recipe why not sign up for my FREE weekly newsletter, packed with recipes, tips and tricks. 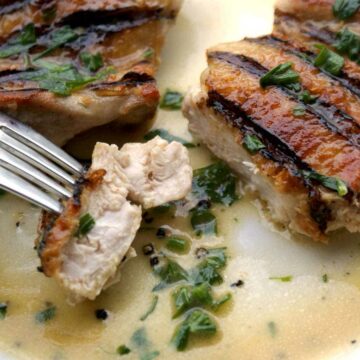 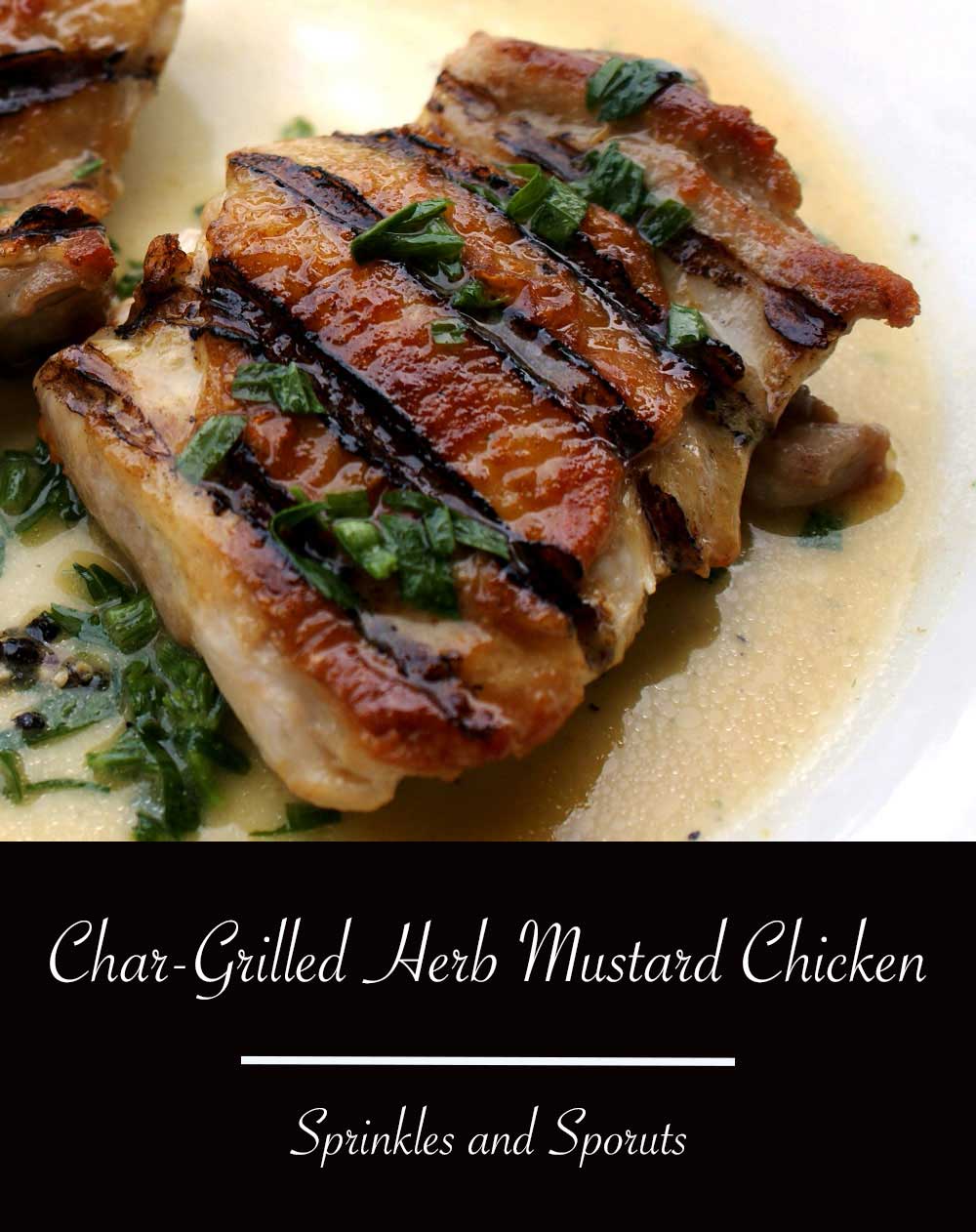 « Risoni with Spinach, Parmesan and Basil
Toast with Avocado Spread, Smoked Salmon and a Poached Egg »